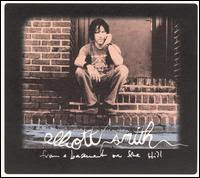 This morning I woke up with Elliott Smith on my mind.

I've really been taken by the postumously-released album From a Basement on the Hill; the entire album is delightfully rich ... just melancholy enough - without being too heavy. So I had a listen first thing while having coffee and a small breakfast and getting dressed for an early ride. Here are some of my favorite tracks: